The exhibition of works by Bianka Rolando consists of drawings and the documentation of activities in the Dębiński Bosque, generally circulating around the metaphor of a riparian forest. Through words (poems) and drawings (sketches, signs), the artist faces off the unlucky history of the area, which has seen hangings as well as drownings of women accused of witchcraft. Through words, movement and image, Rolando attempts to mitigate these uneasy spirits and provide some respite beyond the bounds of the riparian forest. These discreet rituals are meant to cleanse the area, chase out the evil. It scratches at some very old wounds in order to heal them for good.

Lost on boards, found by a bitch

that caught the scent in the rising cry of a rooster

A word in traps set by a rat

An aversion for words chanted at the wholesaler’s

choking outside of a slab cut down by white

How goes it with this abundance of bulb, bland  and white,

with extracting it in the field from a very dead bitch

Who do you want to save in amounts fit for wholesale,

swindlers woken up by dead roosters?

Am I holding their coin in this mirror’s toque,

can I trade it for a ticket to the city of the rat?

He lowers his face, calling for the return of the rat

“Words are fake mirrors, worm-ridden is the color white”

Remonstrates the last one, putting on for the seventh time his toque,

“Will she have to seek the game again, that same bitch,

after all she wasn’t called to prayer by the roosters

I have to scrap golden gates for sound wholesale
appropriating the rubble, riffing this voice of a rat
The pennants of innocence on the graves of roosters,
black pawns on the board pounded years ago into white
“Will she seek out failure again, that same bitch
to roll our bones in a six-sided toque?”

Behold the race of the path in the concrete toque
after which we’ll steal something else from the warehouse
some six times mis-leading the breach we’ll reach Hecuba
drawing our escape route even with the head of a rat
from the black pages of judges, from lines of white
and from dreams I will bring forth the entrails of the rooster

a girl’s garbage truck buried it in the light of the rooster
when they chocked on their own cackle, with the toque
they counted the points with edges burned white,
smashed are the mirrors of eyes of all the wholesalers’
and the tribunes collapsed howling at the sign of the rat
and pompoms of string and, holding it, the bitches

A rooster’s prayer “according to the rules white has disappeared”
in the warehouse of the sole toque, in the gymnastics of the rat
bitching for the gates, it exits through the audience.

(1)
The sestina is based on six words I found graffitied on the walls of the old Edmund Szyc stadium in Poznań. In the 1940s it was the site of a forced labor camp where Jewish workers were hanged. A group of young women would come to watch these “spectacles”, actively cheering. 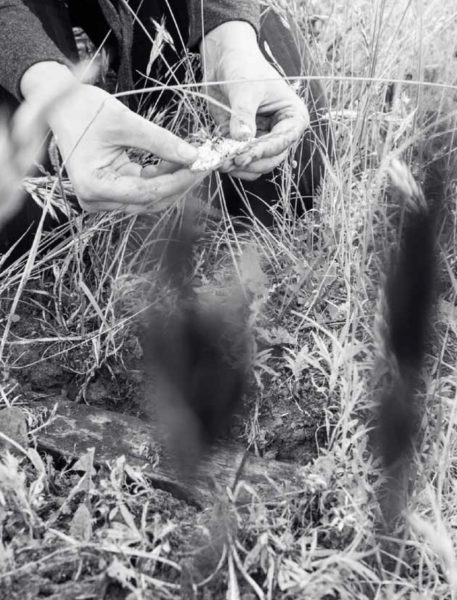 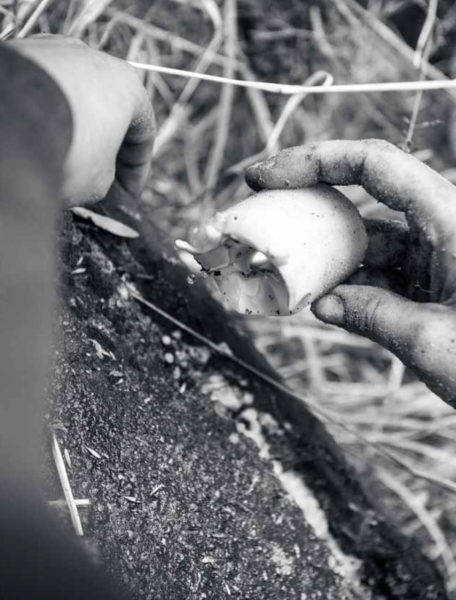 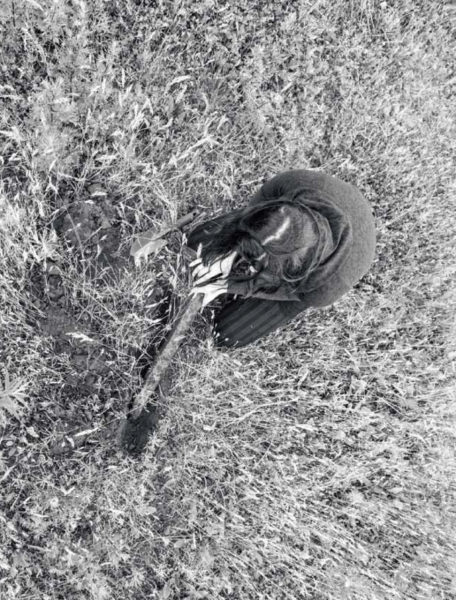 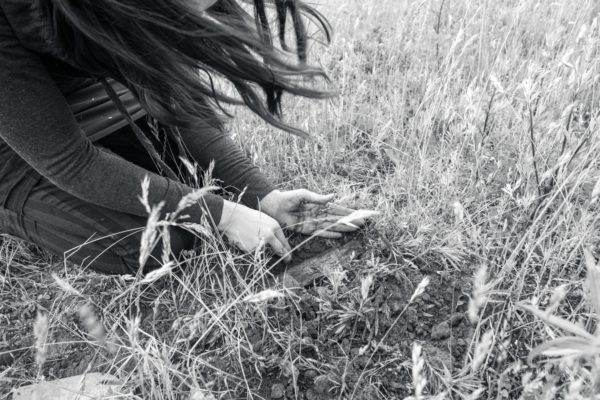