Triumphzug is the intellectual key to the exhibition. The motif is not only used in fine arts but also in literature. One of the poetic inspirations was the poem Triumph of Life by Percy Shelley. A triumphal procession is actually a procession of enslavement. Rolando has already mentioned another inspiration: a series of drawings by Albrecht Dürer, combined into a panoramic entirety titled Triumphzug. It is an uncritical apotheosis of power, grandeur, wealth and order, supported with the history of the dynasty. It refers to Roman marches of victorious armies. In the contemporary understanding, victory marches are associated with violence, consumerism, and the sense of superiority. The basis for rejection of any marches of obvious victory is watchfulness oriented at human freedom. Freedom is philosophically a very broad term, present in politics, economy, or other public spheres. But freedom is predominantly oriented at internal, intellectual and spiritual situations of a person. Freedom appears wherever reflection is coupled with the will of freedom, making it possible to learn and internally reject the sources of enslavement. Treating Triumphzug as a historically recurrent motif of human enslavement, we may follow through its form changing in culture. Whereas in the past the goal of a triumphal march was to show power and possession, now – in the age of consumerism – this march is mass and individual at the same time.

Through sketches and drawings she found the formula to build a reduced form, which has a character borrowed from corporality (photos of work-worn slaves’ bodies or scars were the inspiration for this) and the spectral character of dispersion at obscure edges at the same time. Initially, she was building the drawings until the graphic tissue became both expressive and very heavy. When Rolando achieved this effect, she decided to reverse the title, the drawings and the whole idea of Triumphzug, and give them the surprising freedom.

The strategy of dealing with graphics from the point of the negative gave weight to the form building the memory of enslavement (expressive analysis of scars, but not the external ones, only those that are the deepest, invisible, internal). Painful traces of burden changed into light, and new forms became spectral and ephemeral against dark light, which emphasised the lightness even more. This gave the impression as if the drawing had been made with light, as if it was dissolving in darkness. 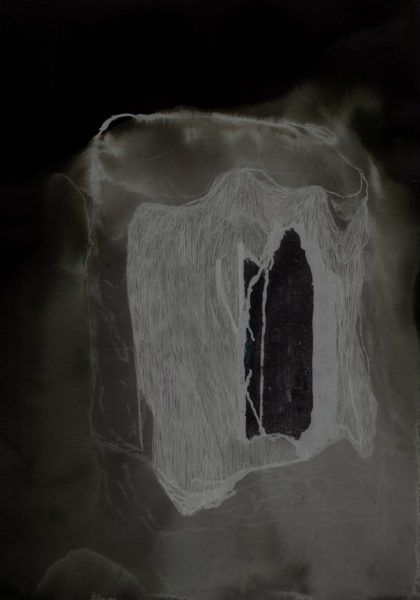 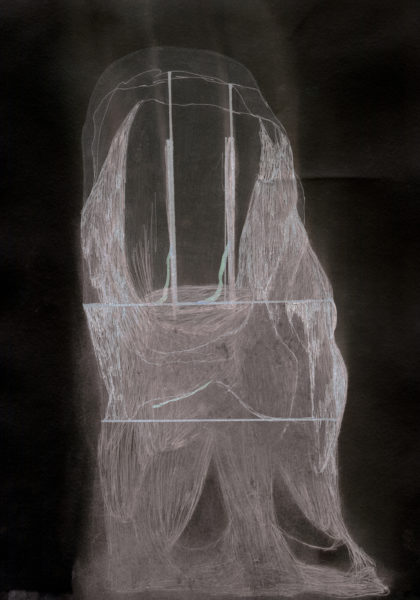 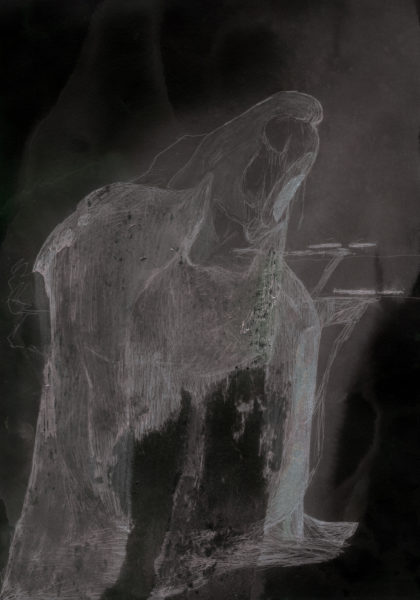 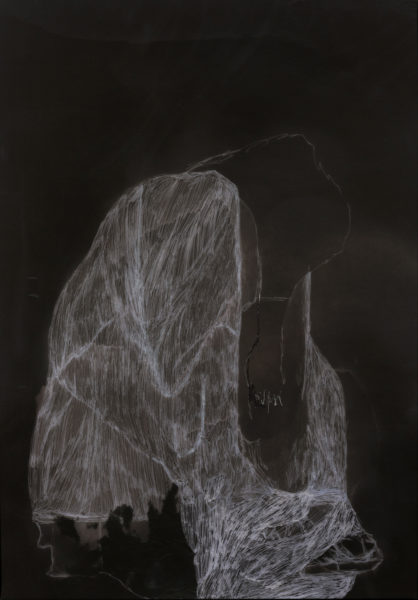 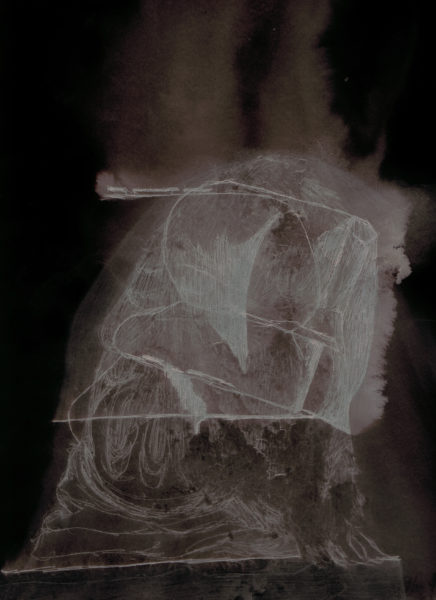 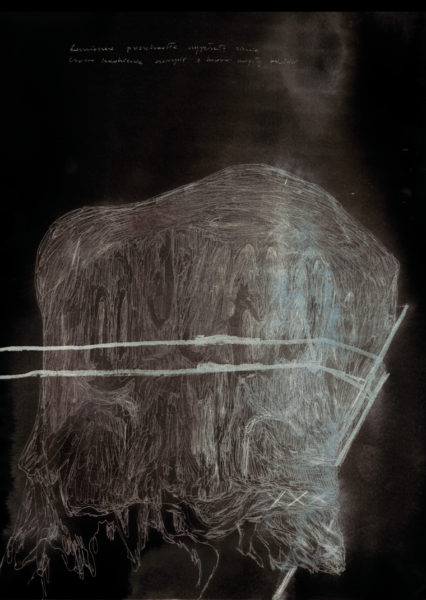 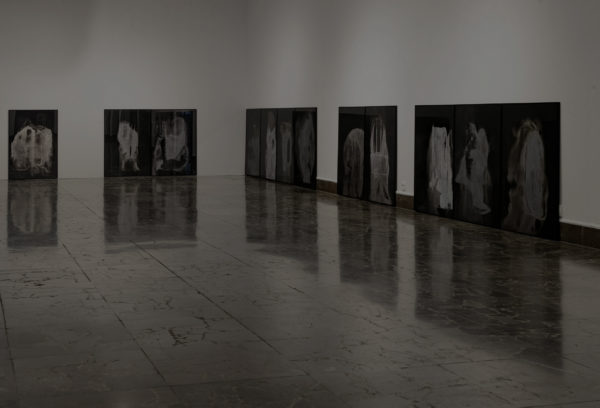